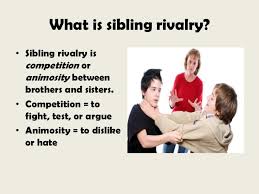 This week’s Torah portion Toldot, is one that brings up memories for me…bad memories…of my mother making excuses for my brother every Monday morning as I revealed bruising from being repeatedly beaten. “Boys will be boys,” she said each time I sobbingly told her of the previous night’s terror that I endured…again…

In my life,  one brother is deceased from a methadone overdose. The remaining brother is a fan of Harry Potter and South Park and an arch-enemy of Christians, hence, we remain at odds with one another. An apology has been given to me for  “any  way I have hurt you” has been voiced and forgiveness given, still, there remains a separation between us, although we live in close proximity, we remain far away in the heart department.

Yes, this particular Torah portion does bring up memories, of not just my brothers, but the betrayal of my other family members, mother, father, grandparents. Being the baby girl of thefamily, it puzzles me that I was treated so poorly. In retrospect, the preoccupation of the adults in my life with their own marital issues must have left them blind to what was taking place under their own roof, on their watch.

Toldot means generations. One of the huge revelations for me in my recovery journey is the generational dysfunction that I was born into. My grandmother was a hardcore alcoholic that turned mean when she drank. My father was most definitely traumatized as a little boy and had to adopt survival skills to make it through his growing up years. My mother did not fare any better, with an alcoholic father and a not-so-nice stepfather.

One cannot give what they do not have to give.

The last few Torah portions bring up some deep ponderings as to the state of the family units. Marrying more than one woman, having a multitude of children with different women, some women favored,  is such a foreign concept to we Westerners.

I want to share with you some of the insight taken for the Life Recovery Bible on this Torah portion.

What is going on in your own life, either presently or in the past, that this may trigger some emotions that either need to be felt, grieved and released, or perhaps some things that Abba has delivered you from and you can rejoice and be glad that you are so loved by Creator that He has delivered you and healed you…I would love to hear from you. Please, let us pray for one another as we enter into a very different season for all humans…